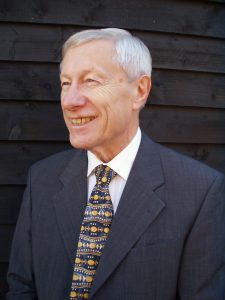 Charles Symons has many years of experience in the use of computers for business and scientific purposes, in both public and private sectors, in all the major disciplines of the Information Systems function.  He has published original work in computer use accounting, data analysis, computer security, and software measurement and estimating.  As a management consultant, he led projects in many parts of the world to develop business-led Information Systems strategies and to improve the performance of the IS function, including using outsourced suppliers.

His interest in software project performance measurement, project estimating and benchmarking began in the 1980’s when he developed methods which were adopted for use in UK Government computing.  He is now semi-retired but in 1998 he co-founded COSMIC, the Common Software Measurement International Consortium.  COSMIC has developed the most advanced (ISO standard) method for measuring business, real-time and infrastructure software, suitable for project performance measurement and estimating, etc., which is now used world-wide. Charles draws on this experience to evaluate and comment on the performance of the software industry and to advocate methods by which software system customers can control and improve their suppliers’ performance.

He graduated in physics and first carried out experimental research in nuclear reactor physics at the UK Atomic Energy Authority. Later, he joined CERN in Switzerland working on the analysis of particle physics experiments before becoming operations manager of the main Computer Centre. He moved from there to NV Philips, eventually becoming responsible for IS standards and data administration at its HQ in the Netherlands, before finally moving into management consultancy.